One Little No in a Sea of Yeses 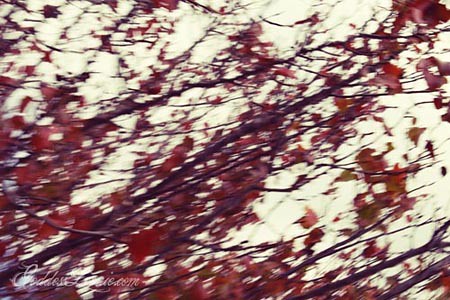 The past few days I’ve had this vague feeling that I was being followed. Followed by a little broken down wooden car named Bother. Dragging a quiet sack behind me filled with clumpy No’s and dishevelled Rejections.

It was like one spray of a No water gun had rocked my boat so much I forgot I was resting on a Sea of Yeses.

I would lay awake bargaining with the Universe, making my ultimatums. I fell upon a thought that maybe I wasn’t SUPPOSED to use my creative & spiritual gifts, because the Universe didn’t seem like it was helping me share them in the Big Huge Way I dream of sharing them with the World. And that thought just didn’t feel so good at all.

One night before going to sleep, I said to Chris:
“What would you think if I didn’t do any of my creative stuff anymore? Or spiritual stuff? What if I just did a fat ball of nothing?”
He shrugged, the way he does. He shrugs with knowing that life is simple and sweet if you just let it be.
“If you weren’t doing nothing, you’d be doing nothing. That’s fine. And then when you wanted to do something, you’d do something. It’s whatever you want to do honey.”

So I let it sit. Just to sit and see how it would bloom, shift, grow or leave.

Inspired moments come knocking on my door dressed in all kinds of costumes. Last night, it came in the form of a little book about Women Entrepreneurs. I was reading about a woman who started a goat cheese factory & farm in her 60s. Another woman who runs a cafe in an isolated town in the out-stretches of the Northern Territory. Another who decided she was a chef and ran with it until she had an international culinary school. And one of them said:

I got told No so many times. I got rejected so many times. Other people didn’t understand. Banks didn’t want to be involved. And at some point, the Nos can’t matter anymore. All that mattered what I said Yes inside. I believed who I was and I believed in my dream, and I went for it. No matter what anyone else said, or did, I had faith in me.

Reading that was one of those moments that gave me shivers and pulled me so far out of my tatter that I was on a new path.

I wanted to share this today, incase any of you need to hear it.

Don’t forget that for every No you hear, there is a sea of Yeses around you. That the most important part is to give the gift of a Yes to yourself.

You are precious, you are beauty, you are whole,
love, light & laughter
Leonie