I was in a funk last week.

I decided wallowing in the house wasn’t going to change much, so I thought a walk would be best.

Outside there is movement and sky and a wander up a hill and maybe the chance to see things with a bit of space.

Outside there’s a chapel to talk to God, one I can’t seem to access inside a loud house of family. God sometimes takes her time to lay interventions in my wake so I can’t help but be transformed. Sometimes there is nothing but silence and itchy legs and I wonder why I have been abandoned. But at least I have to go outside and try.

So I laced up my offensively pink walking shoes and set off.

As I reached the end of my driveway, there was an older man walking along, pushing a pram.

He was headed in the same direction in me, and I wondered if I should do the usual city response of a head nod, and brisk walking away to ensure a large circle of personal space and silence.

But I thought: that’s not really my style. I’ve always been a “talk to strangers” kind of person. I’m the kind of person on public transport who will gleefully launch into conversations and make firm friends… then turn to another stranger and invite them into the stranger party. For a while there in my twenties, I was the main instigator of the “Bus 313 Crew” – a motley bunch of 10 or so hitherto unknown public transport strangers who became far too involved in each other’s lives and went to laksa houses for lunch and Irish pubs for dancing.

But then kids happened, and I stopped doing a lot of that spontaneity. And I miss that. I miss that part of myself, and that time of my life where it felt like miracles were around every corner.

So it was a decision that day:

Do the uncommon thing.

So I turned to Man with a Pram. And I smiled. And I talked.

First about the weather (of course), and then about his new grandson (just a few weeks old, a fresh new arrival on the planet). He told me what it was like to be a grandfather for the first time: “I enjoy it this time around. I’m relaxed. I’m glad I can be here for this.”

We start strolling together, with a tiny brand new soul asleep in his nest just before us.

It feels holy to walk beside the brand new ones: we get to glimpse the tender miracle it is to even be here and experience all this.

I ask him about his work, and he tells me he works in disability services. I tell him my brother had cerebral palsy.

And then he asked me how old my brother was.

At which point, I promptly burst into tears.

It was surprising. I didn’t know the tears were so close.

He was kind, and gentle with me, and we talked about what it was to have a good life – whether it was length or depth.

We crept closer to the pram, to that vivid new light.

Strangers who’d walked just a few hundred metres together, but somehow managed to talk about the big things we forget to share: birth, death, grief still twenty years on.

It was time to take different paths.

He asked me for my name. I asked for his.

That was our goodbye: to know the basic of each other as we’d glimpsed the rare and vulnerable in each other.

I took the shortcut between the houses, strode out along the path between eucalypts, walked up the hill that smelt of Australian summer, walking beneath that bright blue sky, sobbing.

Sometimes, on walks, I feel held by angels.

I see things which make me believe they’ve placed gifts before me, reassuring me I’m on the right path. And they always seem to be sequenced in threes. Three gifts from the heavens. 1, 2, 3.

It doesn’t happen always, but it happens enough.

That day was one of those times.

Large and black, glossy with purple.

So large it must be from a swan.

The winged ones are close, I think. The angels.

I lace it through my braid, and walk on.

Up where the path sweeps around the hill, there is a stone.

Black with a distinct white line around it.

The size of my palm, flat and smooth.

I hold it, palm it over and over again.

Gifted twice over by the earth.

This must be one of those three gift days, I think to myself. If there’s more than one, it’s always three.

First a feather, then a rock.

I wonder what next will meet me on the path.

I carried on, down through the paddock, through the narrow gate, tracing my way back down into the suburbs and in to home.

And I keep looking for that third gift.

The gifts always come in threes.

I drop down between the two houses, emerge onto my street.

The angels must have forgotten the third today, I think. It’s a double gift day. Maybe that’s a new thing they are doing.

Either way, I am grateful. It’s been a holy walk.

I never come back from a walk the same person as I left,

It’s only later that night, sitting back over the day, that I see what was so true all along:

Of course there were three gifts.

A rock. And a feather.

And the miracle of tenderness with a stranger.

This time they were in jeans, pushing a pram. 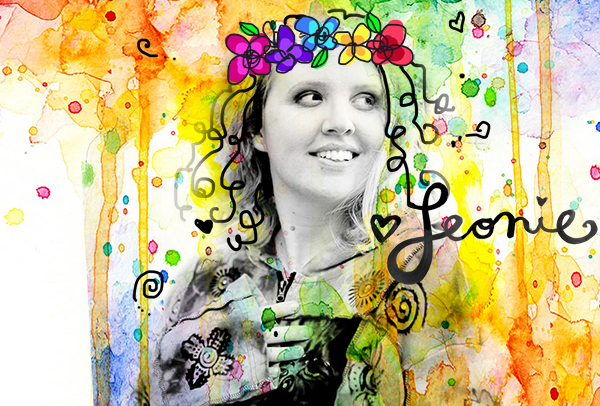