America, we need to talk… When I was a little girl, I would pray for many things, over and over.

Please don’t anyone in my family die. Please don’t let my parents get divorced. Please let there never, ever be another Hitler again.”

I don’t know why I was so fixated on that, to be honest.

But even at that age, I knew that once upon a time a man brought great suffering to the world. And I didn’t want people to suffer like that again.

I became obsessed with Germany and learning European history pre, during and post WW2. In my mind, it was (and is) one of the greatest atrocities ever committed. I wanted to know how to make sure it would never happen again.

And I continued to pray.

My prayers, my greatest fears, started to go unheard when I was 14.

That was the day my Mum drove me home from art class, and police were waiting there for us. They spoke to my mother first, then she called to me and my sisters. “I’ve got some very sad news. Your brother has been in an accident and is dead.” The world fell of its rotation. It took ten years for it to rotate again, and still it has a kind of lopsided limp to it.

Thirteen years later, my sister called me. “Do you want to hear something weird?” she asked. “Sure!” “Mum told Dad she is divorcing him.” I felt the familiar sound and pull of a world falling out of socket. I don’t know if it’s ever going to get clicked back in.

And now the second coming of Hitler is here.

We are on the precipice, as a world, of falling into shadow of evil once more.

This time around, his name is Trump.

The time is ripe for Hitler again, of course.

Part of his grand plan was to eradicate the people he believed were wrong. Germany wanted a scapegoat, and Hitler made it Jewish people. The answer was not Hitler, of course. It was perseverance, discipline, righting the wrongs and staying the path. But it was too late to turn back. Untold suffering resulted, a grief and a stain still being healed today.

“I will make America great again.”

Part of his grand plan is to eradicate the people he believes are wrong. America wants a scapegoat, and Trump will make it Muslims, Mexicans, women, people of colour – anyone who is not him.

The answer is not hate, of course. It was perseverance, discipline, righting the wrongs and staying the path.

It’s not too late to turn back.

This election is less about who you love, and more about ensuring the world’s next Hitler does not come to power. Hitler’s opposition maybe wasn’t the most perfect person on the planet… maybe they don’t make unrealistic promises… maybe they didn’t have the most compelling personality under the sun… but they would have been about a billion times better than Hitler.

Germany didn’t know there was such a thing as a “Hitler” when they voted him in. They didn’t know how bad it could be.

But today, we do. We know what a Hitler is. We know just how much they will cause suffering because we’ve seen it already. We know this type – the charismatic Narcissist who says he is a man of the people and who will save us by eradicating the “others”. We know he won’t make America great again no more than he made Germany great again.

We can learn the lessons of the past.

We, as a world, can stay the course and work through our problems… knowing that this charlatan liar is promising nothing but snake oil and suffering.

And because of that, I am with her.

I’m not an American resident, so my vote doesn’t count. But I will use my voice. I will share what I know. I will do everything in my power to make that one last prayer of mine come true. And I will beg, politely and lovingly, to please use your vote powerfully.

Hitler, we know your name today. And it is Trump. 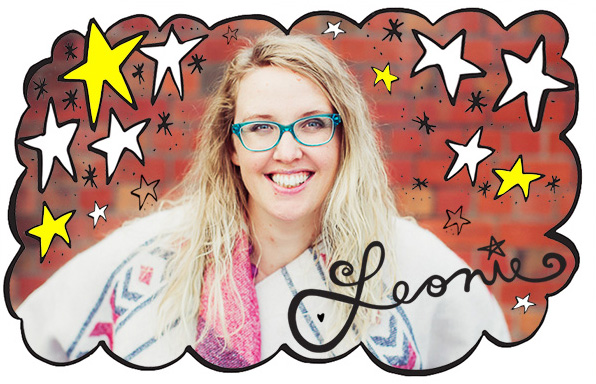