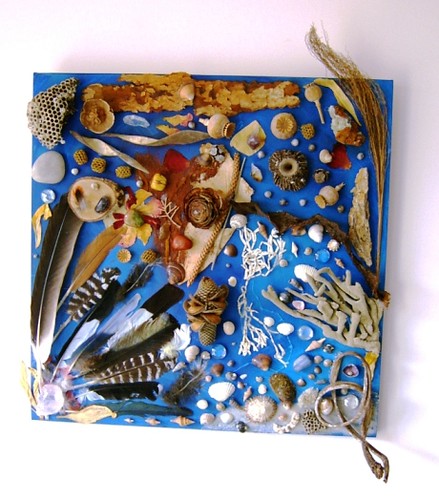 “Miracles: The Universe *is* showering you with blessings”
{Deep appreciation to Brezsny for inspiration}

This, THIS is what has been a part of me for some time now. It has consumed me, uplifted me and together we embraced in an aching, alive, miraculous dance. 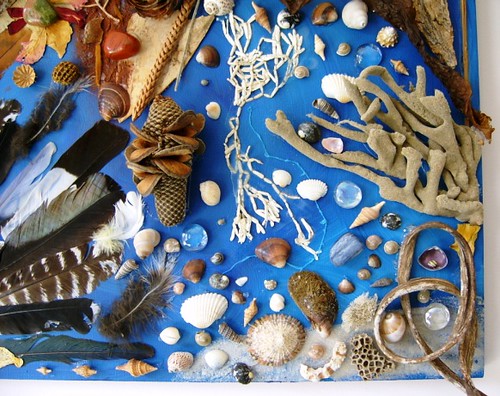 It started with a bicycle. It is funny to think that a bicycle began the wheels turning of this miraculous project. My words to my friend Dave were ~ “The way you talk about riding makes me want to get a bicycle.” So he gave me his old one. Just like that. And just like that, I decided a bicycle which has shown me miracles, blown fresh air into my gills and has been my discovering buddy, should be rewarded with just that ~ miracles, fresh air and discoveries. On a canvas. 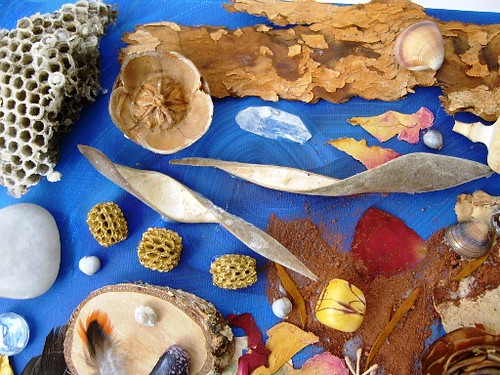 It began as a vision, and crept into my dreams. I saw a seed pod and a magpie’s feather on a blue background as I was falling into slumber. I asked friends for natural wonders, and started opening my eyes to the treasures that lay on my own path. The collection began. Bus friends and soul friends joined in. 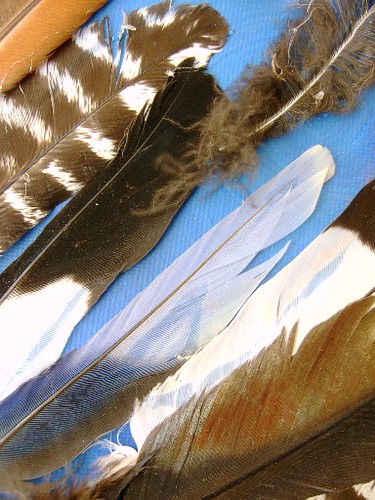 feathers ~ from friends and walks

Ellanita, miraculous woman she is, invited me to her house to take what I needed from her vast collections of earthly wonders. Kneeling there in the shed at night, hands floating over shells, seaweed and desert dust, I felt more myself and at home than I’ve felt for some time. Gasping over each little treasure. Marvelling at the perfection of the Great Mother Earth’s blessings. 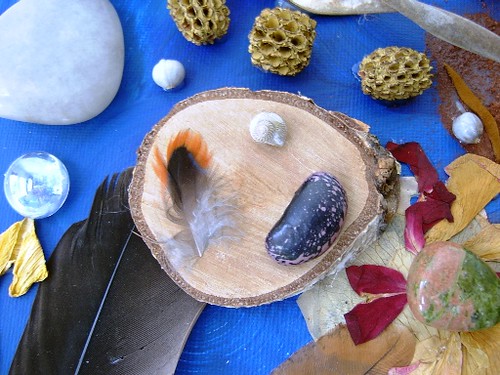 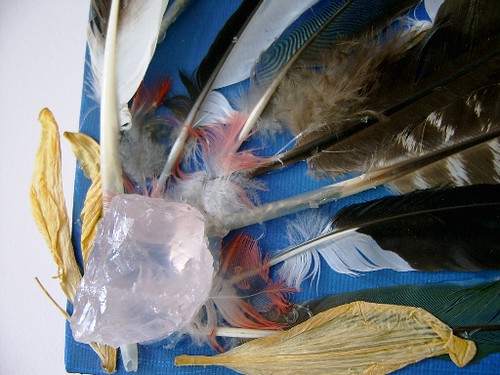 There were days I lost myself in it, the light changing from noon bright to afternoon mellow as I sat in my studio. The only space that mattered was the one between me, a hot glue gun, and the canvas. This is my greatest co-creation yet… Mother Earth provided all the majesty and colour, I was the hand with the glue gun. There were days I wasn’t able to even look at it, for fear I couldn’t do each divine shell, each perfect petal justice. 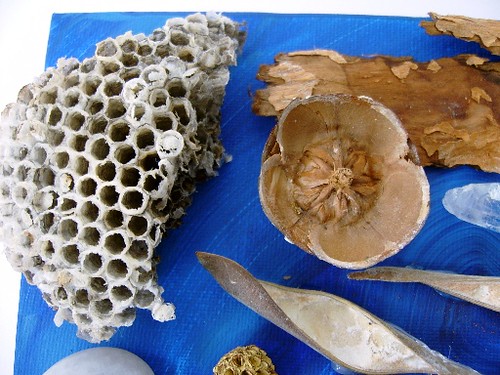 I feel like this is the masterpiece of sorts. I’m not sure when the motion, circumstance and energy will take me there again, so I savour each precious moment of the Artist’s Way. The love, the frustration, the creation, the becoming. I learned to trust my own instinct. Let a painting marinate in its own journey before releasing it into the world. It sat in my living area, right above my green couch for a week, just being looked at. It went on a visit to a friend with me. Stories were told over it. Its creation unravelled as a part of a spiritual dreaming of mine, a dream that I awoke from, gasping, saying: The goddess is next to me. {The goddess is inside me}. 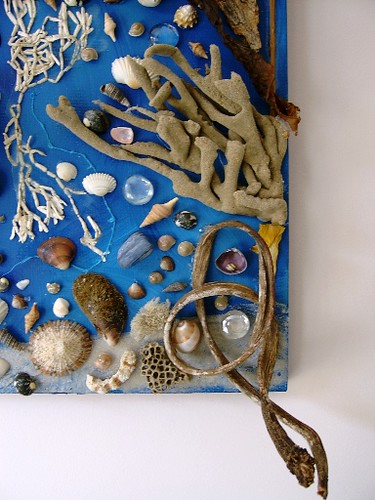 I drove down the highway today, me in the front seat with the window down, painting in the backseat. Pete Murray and Foo Fighters calling loudly from the speakers. Watched the green mountains loll and roll, the heavy grey clouds watching. Me and MIRACLES on the last part of our physical journey together. And then she is birthed, onto a yellow wall. Joyfully. 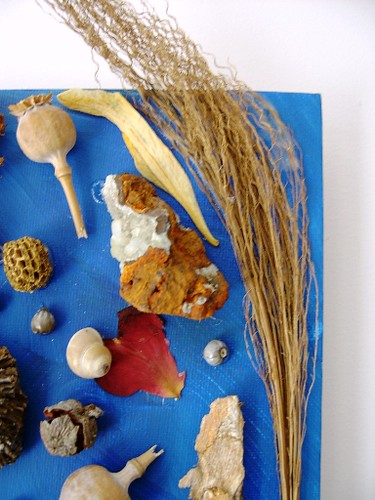 Blessings and miracles abound.
I got a bicycle, and I got to birth a creation with mother nature.
I feel truly blessed.

“Above all, watch with glittering eyes the whole world around you because the greatest secrets are always hidden in the most unlikely places. Those who don’t believe in magic will never find it.”
~ Roald Dahl, “The Roald Dahl Treasury“