Conception story-time aka How The Pregnant Goddess Came To Be 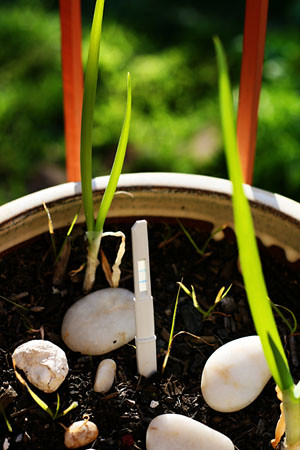 Once upon a time,

there lived a maiden with mermaid hair, and a sweet, gorgeous, wise king. They’d fallen in love at first sight eight years ago, and still thought that each other were the hottest, wisest, most amazing person in the world. They lived in a cottage in the alpine mountains with a very sweet puppy dog – a golden prince of healing, named Prince Charlie.

When Prince Charlie came along, maiden-goddess-chick and hottie hot king’s life changed. For the better. He brought in more love than his 5kg little frame could contain. And they were an awesome trio – a holy trinity of giggles and healing.

All was good and beautiful in their world.

One day, the king took the maiden to the sea where they first fell in love. And they stood in the place where the river meets the sea, where two tides overlap. And he asked him to marry her. And they cried, as sea eagles circled above them, dancing with them.

All was even more precious and wonderful in the world of the Scorpion maiden and her Scorpion king.

Then one day, the maiden goddess decided it was time to extend their heart-family. They had so much love to share, they decided it was only right… to get another dog. So they searched high and low, over hill and over dale, peering into every Ye Olde Pound to enquire as to where their newest furbaby was. Alas, she wasn’t there. She was hiding in the Classifieds Woods, beneath the tree of Free Animals Needing A New Home.

When the mermaid-maiden and the (hot) king heard of this forest, they ventured into it, only to find a sweet white fluffy ball. The children of the woods called her “Angel”, and it was at this moment, the maiden and the king turned to each other and said through their eyes “Oh we are doth fuc*ed. There is no way we can say no to a dog named Angel.” So even when the maiden picked up fluffy ball, and fluffy ball peed all over her, they did not say no. They scooped up Angel into their arms and carried her back to the cottage of love.

And they all lived happily ever after.

But when Princess Angel came along, things got even better – so much better. She doubled the joy and love of their house. It seemed like their sweet cottage was so much more filled with energy and life and laughter. And the goddess and her king started thinking… if adding more animal-souls to our family adds so much more joy… what if we added more human-souls too?

And so one precious, shining Sunday afternoon, they decided, with tears in their eyes, and sunlight dancing over them, that it was time to bring a new soul through into the world.

The Goddess and her King thought their new soul would come immediately. And yet, two moons waxed and waned. They talked. They trusted. They gave their faith to Great Spirit, and to divine timing. They looked on the bright side. The Goddess said “Well, if we doeth can’t get with chile, at least we don’t ever have to use ye olde contraception again!” And they celebrated that thought with a village fair, and court jesters, and rainbow confetti. Then they went back to trusting, and feeling like they were Catholic: “Whatever children God gifts us with is the right thing.”

The Maiden Goddess went to her favourite village medicine-women for healings around her womb. She gave up her favouritest thing in the world – wheat – because she saw in her mind’s eye it stuck to her fallopian tubes. She was a kooky maiden who believed in things that not all the village people believed in, but they made her exceedingly happy, and she knew they were the right things for her.

And the king and the maiden kept on loving each other, and tried not to think that the little baby soul they wanted to bring into the world was watching them try to make a baby. (ho ho ho!)

And then one day, the stinking-hot-funny-wise-king took the goddess-maiden-kooky-hottie to Ye Olde Food Court at Ye Olde Tuggeranong Hyperdome to eat noodles. And Goddess Maiden found them unpalatable and difficult to eat, as her belly was feeling under the weather. And she thought it the opportune time to tell her hot prince that her moon cycle was late, and she was feeling sick, but that she was definitely, definitely not with child. And he smiled at her, and then he chewed his lip in thought, and a little light passed through his eyes. And the Maiden Goddess had loved him so much, for so long, that she knew what that meant. That he had a knowing that she was, and that his knowings were always right.

And so it was. The Maiden Goddess peed on a Ye Olde Pregnancy Stick, and straight away, a little baby soul left its mark on that stick and her heart.

And the King and the Maiden Goddess cried together, and stared at each other. The next day, he took her to the sea, and she placed her hands in the water, thanking the ocean for their gift, and for all the blessings Mother Oshun had brought to them. And she looked back at the sand, and the King stood there, and he looked very hot, and his soul was the most beautiful she had ever know, and the Maiden Goddess was so glad she was becoming a Mother Goddess because of him.